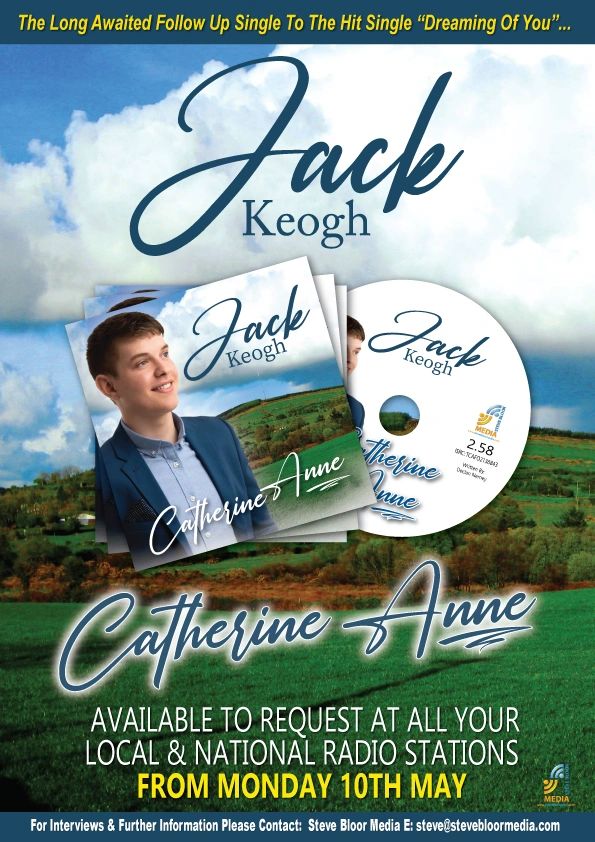 "Jack Keogh's Follow Up Single To "Dreaming Of You"
The Declan Nerney Classic
"Catherine Anne"
Following on from the very successful release of
"Dreaming of you" earlier this year,
16 year old, Wicklow native Jack Keogh brings you, this, his latest rendition of this fabulous song written by Irish Country Star Declan Nerney " Catherine Anne".
This second release of Jack's will be one of many tracks that will be included in his debut  forthcoming album release later in the year