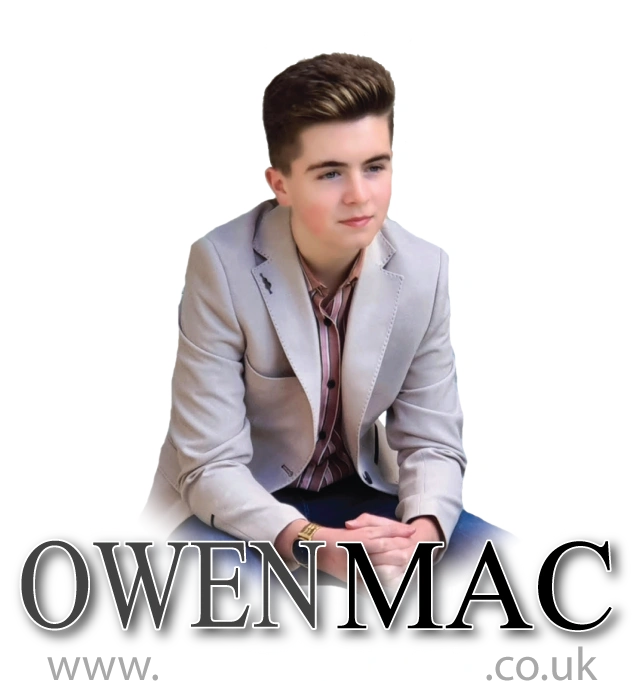 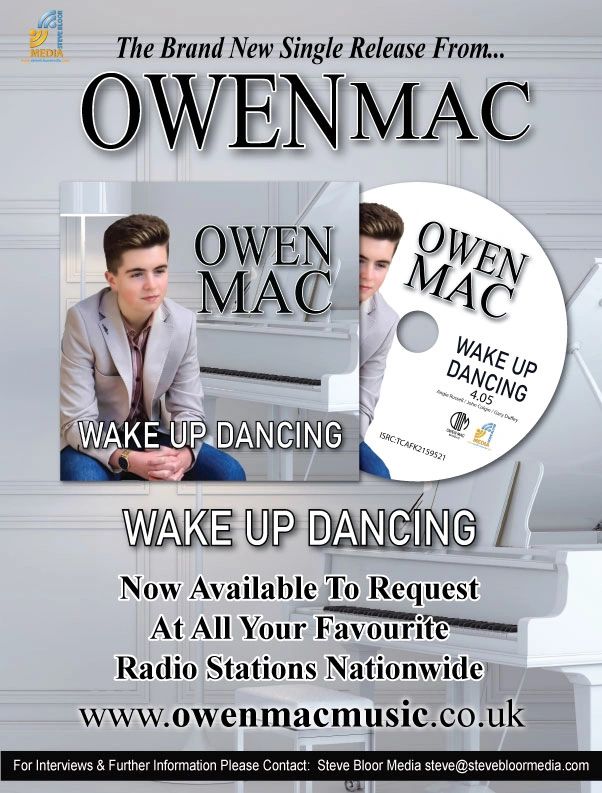 Owen Mac may only be just 18 years old but the young Co. Derry singer has recently released his 6th studio album entitled " How Beautiful Heaven Must Be " and is already set to be Ireland's Next Country Superstar.


Owen who comes from Coleraine, only started singing 6 years ago when he was just 12 years old. With no professional training, his main influence was his dad Dessie, who's also an excellent country singer in his own right and his 2 sisters Shauna 21 and Shannon 15 are both very supportive and share the love of Country and Gospel music.


Owens mother Michelle doesn't sing but  Owen says "Mum has always had music on in the house for as long as I can remember. Especially all the great old American Country legends like Ray Price, Gene Watson etc. I'm very lucky that I have such supportive, loving and encouraging parents and my 2 sisters are also fantastic.


"My dad sings and plays guitar too and we often sit at home singing together. I guess that's when mum and dad seen how much i loved music and that i had a talent to sing" the young star says.


A chance appearance in Coleraine at an outside broadcast of the BBC Radio Ulster Hugo Duncan show in 2015, instantly showcased the young singers natural talent performing "God's Plan" written by Country Star Derek Ryan and the video recorded at it was posted up on Facebook and it went viral across the world. Owen then posted another video up on the internet singing My Mother and again it went viral. Owen to date has accumulated over 60 Million social media views in the past 5 years.


Following the outside broadcast of the BBC Radio Ulster Hugo Duncan show, award winning singer/songwriter Derek Ryan got in touch and invited Owen to come and perform God's Plan at one of his sell out shows. This gave the young singer valuable experience performing to large crowds and the reaction he was receiving by the audience was building his self-confidence too.


Shortly after this Owen's mum Michelle filmed a video of her son learning a new song called 'My Mother', which was a massive hit for leading Country Star Jimmy Buckley. Michelle was that moved by Owen's rendition of the song that she decided to send it on to him. Jimmy was that impressed he responded by posting the video on to his bands Facebook page, instantly showcasing Owen to his thousands of fans and followers.  The enormous response from the amateur video prompted the seasoned Country Star to get in touch with Owen to invite him to perform the song 'My Mother' alongside him at his show.


Since then Owen has appeared on many TV shows including a BBC TV documentary 'Keeping Er Country' which followed the young star as he performed at shows, meeting fans, recording in the studio and even at home with him and the family. Owen also has appeared on the TV3 Toy Show along with his father Dessie, RTE'S The Ray Darcy Show, BBC The Nolan Show and Starting on Wednesday 24 February Owen will be embarking on a new TV segment "Owen Mac's Country & Gospel" on the very popular TV show "Steve's Country Showdown" Broadcast every Wednesday at 8pm on spotlight-tv.co.uk , SKY 365 & Freesat 516.

In August 2018  the young Irish star traveled to Canada to perform at 2 sell out solo shows and in earlier 2019 Owen made his debut performance in the USA and plans were in place for an extensive tour of USA and Canada in 2020 but due to Covid-19 restrictions sadly they were unable to go ahead and plans are currently in the pipeline to reschedule the tours.

In 2019 Owen toured with Michael English and his band as his special guest that again gave him valuable experience performing to large crowds.


Owen's latest 12 track Gospel Album "How Beautiful Heaven Must Be" Was launched in late 2020 and is available at www.owenmacmusic.co.uk along with all of Owen's previous album releases