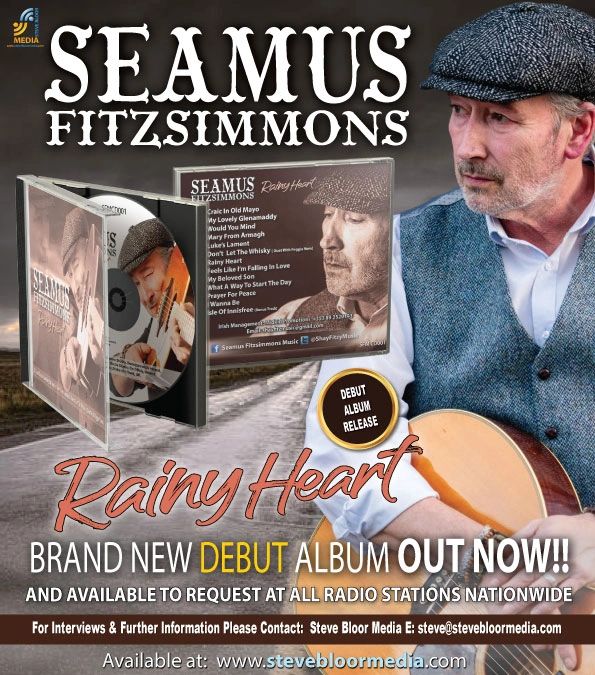 Seamus was born is Stepney East London,Son of Dublin natives Self taught guitarist and singer, who has acquired his own unique style of playing. Fast gaining notoriety for his song writing abilities which cover several genres of music mainly concentrating on country and Irish. Many well known artists have covered his songs over the past few years. Seamus enjoys a long time friendship and support from Charlie Landsborough, who has publicly spoken on Seamus' songwriting talent. Seamus has been working hard for the last three years to push and promote his music all of his songs to date are published with Tony Hatch and Les Burgess at Mr & Mrs Music London. Over these three years Seamus has made a big impact in Ireland, UK, Australia and Canada and recently has had another number one in the Irish and UK radio airplay chart with " I Wanna Be". His most recent release is steadily climbing up the charts and currently sits at number five in the Country Music Charts. Seamus has recently released his debut album Rainy Heart which was delayed due to Covid 19. The title track Rainy Heart which has been heard by none other than Vince Gill who complimented on the song saying it's a beautiful song Lyrically As well as the album release Seamus is currently writing songs for other numerous artist in both Ireland and Canada. Seamus looks forward to returning to touring and live performances once it is safe to do so.

What A way To Start The Day